Overall opinion of the match:
Although it can be queried, it can be said that Snowlake is a British sided map. Hence why us starting off as Americans gave the 42nd a little head start before the 2nd round and once switiching, we gained a far greater upper-hand. However, it isn't just down to the fact that the map could be slightly bias because in the 1st round, the 42nd did give us a challenge. In fact, they almost always had control over the hill (to the right of the American spawn) where they would tactically shoot down upon those of us who were defending our 1st flag as well as the guys attempting to capture the hill flag. Moreover, they made strategical pushes which were well timed and organised which is why they successfully full capped twice.

Once sides were changed and we took the role of the British, using the speed of the officers and natives combined with the all-round class of the infantry as well as being protected from Lomur and Tigah on the hill, we managed to make many initial pushes at the start of the 2nd round. However, although we gained the momentum in the charges, the 42nd held their first flag bravely but as the charges/pushes and support from the hill continued, the full caps started to occur. In the 2nd round, the 49th had strategical dominance of the hill as well as continuous pushes through the middle which almost guaranteed a secure victory for us towards the middle-half of the 2nd round.

Well played to both sides! Personally, I don't really like that map but it seemed to play out evenly and both teams used the advantage of the British side of the game. And well commanded Tigah! Communication throughout our team was very good and we always knew where to go and what to do.


Promotions at the end of match :

It's okay that maths can be hard at times Jimmy, but we will look past that for now considering how well you did. Well Played everyone 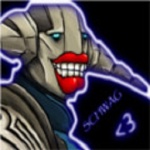 well done guys,we showed good skill.they were very tactical in the first round and had very good shooting on top of the hill.but the second round it was completely dominated by us.