So this line battle marked our first match against the 12th iftr.

In my opinion we started the LB very well winning the first 2 rounds.
this gradually got worst as the lb progressed.A lot of our guys (in my opinion,do not take offense) were too slow at responding to the commands,the firing ones were fine however the movement is where we struggled.A lot of time i would notice we would get into a huge cluster which meant they would be able to take 4 of our guys out in one volley. overall in the first half we let ourselves get too cocky and ended up regretting it. 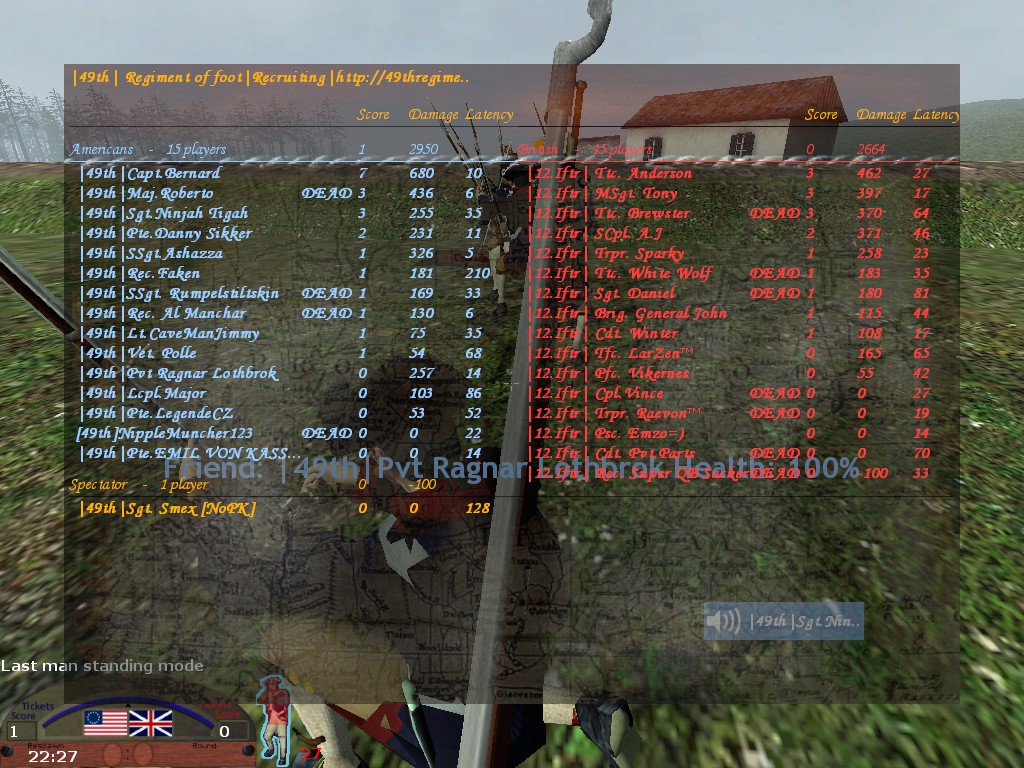 We started to pick our game up winning 4 out of the 5 rounds.The only round they one however was a very impressive display from there part,where they managed to crush us.However we are the 49th so we rose up and ended up destroying them in the 3 last rounds 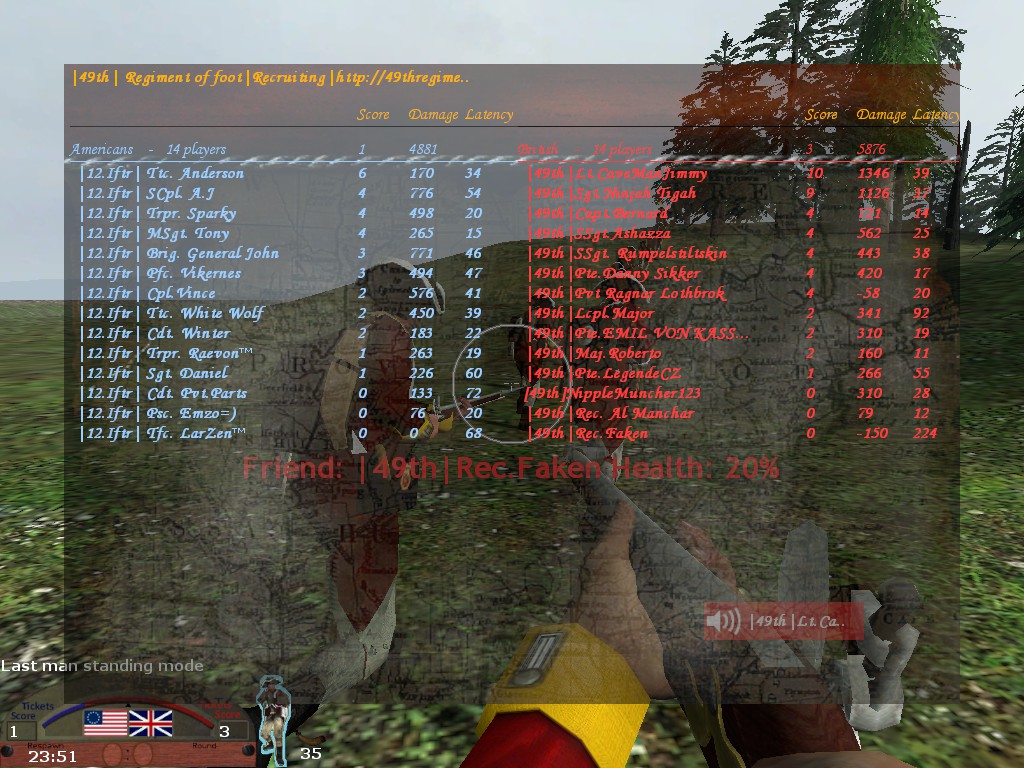 After this lovely victory we received bad news learning that our Cpl:Oups decided to leave us to join the 12th iftr.
good luck in his future en devours.shame he did not tell anyone but good luck to him.

Turns out Oups is T.J: https://www.youtube.com/watch?v=Ec0uMQu25ZM

Well played lads, good win yesterday even if it was only by one round to pull the win!